Welcome to The Republic Journal.  My writing style is casual and furiously fast because this isn’t my day job.   My goal is to inform my readers of worthy news while avoiding useless gossip.  I keep the political commentary to an absolute minimum and NEVER get into the he-said-she-said commentary as that is beneath my dignity.   From news to strategy to heart warming encouraging articles, you will find it all here.  Thank you for joining me on this journey we all call life. Updates start @ 10am M-F

The Chinese government was grooming Rep. Eric Swalwell to supply their communist regime with top secret information for decades to come.  Christine Fang, a Chinese spy, got close to Eric by becoming his top fundraiser and bundler.  Christine also influenced Eric to hire an intern to work in his office in Congress.  Now, after the FBI made congress aware of how Eric was engaged in an intimate relationship with a known Chinese spy, we learn that Democrats have promoted Eric to work on the Homeland Defense committee.  Instead of keeping Eric away from sensitive information meant to protect the American people, Democrats have given him direct access to the very information Christine and her government were after.

Why are Democrats, like Cindy Axne of Iowa, working to protect a representative who has been compromised by the Chinese government? Shouldn’t we make the protection of our citizens our top priority?  If a congressman has been compromised by our number one enemy, that person should not have access to top secret information.  The fact that Cindy Anxe has placed the political theatre of her party above the protection and security of those in Iowa is the #1 reason why Iowa should to take a second look at who they vote for in 2022.

Do you agree with Cindy Axne that an elected official, who has been compromised by the Chinese Communist Government, should have access to our nation’s top secrets?  100% NORMAL Americans on both sides of the aisle will answer NO!

So, where is the socratic conservative idea behind this article?  This is how Republicans should approach the news events of the day.  Rep. Swalwell was compromised and he was being groomed by the Chinese government to provide them with information they could use to destroy our nation.  That’s a fact and not political commentary.  However, if the GOP focuses on Eric and Nancy Pelosi then nothing will happen.  BUT, when the GOP starts forcing Dems to pay a price at home for their politicalization of our nation’s security, then we will get the ball moving.  Cindy won her race in 2020 by a mere 1.3%, and do you think she desires to have to pay a price for Eric’s moral failures?  No, she does not.

Therefore, the GOP should craft a resolution stating the FBI must inform congress of any member who has been compromised by having relationships with known spies.  Once congress has been notified then those members must be removed from any committee which has direct access to top secret intelligence.  Now, in normal times 100% of congress would be for this.  However, since their poster boy Eric would be removed from his post, they wouldn’t pass this resolution.  Well, now we start making Cindy pay a price for her refusal to co-sign this resolution. You know what?  It wouldn’t take long before Cindy caves under Iowan pressure to push for this resolution to pass.  This is how Republicans in congress can move to create the kind of influence required to pass their legislation and protect America from a radicalized Chinese government.  When the GOP focuses only on Nancy Pelosi then we lose because Nancy will always be re-elected.  However, when we focus on those 37 Dems who won their race between .003% to 10% then we will have success.   America does not endorse the radical agenda being unfolded in D.C. today, and that is a fact.

“Democrats want us to think we have a gun problem when in reality we have a violence problem. Violence comes from the heart and will occur regardless of the tool used. Therefore, the solution isn’t to remove the tool from the hands of the innocent, it’s to change the heart of the guilty.” -Homeschool Mom

Vintage illustration of the swamp. 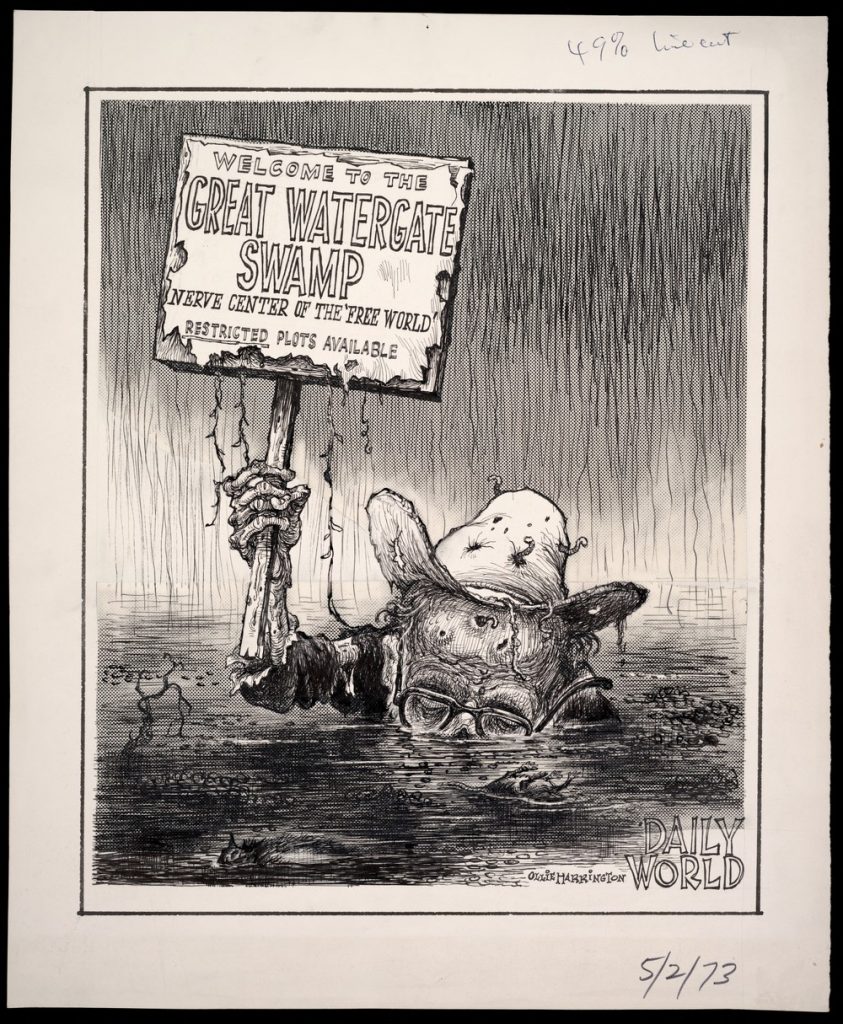