Here is an example of how that works.

Whereas, Governor Cuomo ordered nursing homes to take in patients with COVID-19 which led to the slaughter of untold thousands of New York’s elderly;

Be it resolved that the U.S. House of Representatives will not sit by and allow innocent Americans to be slaughtered on the altar of politics by leaders who are ignoring science and doctors….

Now, we have a bill with a title that will grab your attention.  The preamble tells the story including all of the talking points one would ever desire to promote.  This causes other members to stand up and take charge and emboldens even the weakest in the party.  Furthermore, should a bill like this one ever reach the floors of Congress it would cause panic among Democrats.  Who would vote against a bill stopping this slaughter, but what Democrat would want to be on record of accusing members of their own party?  Yes, this is how I roll!

“Competing is like wrestling a gorilla. You don’t quit when you’re tired. You quit when the gorilla is tired.” — Alan Stein

Vintage illustration of a political cartoon titled, ‘Atlas Joe.’ It’s depicts a politician attempting to play God by dictating the actions of all humans across the globe.  This is the modern day Democrat party.  However, instead of working to free humanity, their bloodlust for power is causing life-altering human suffering. 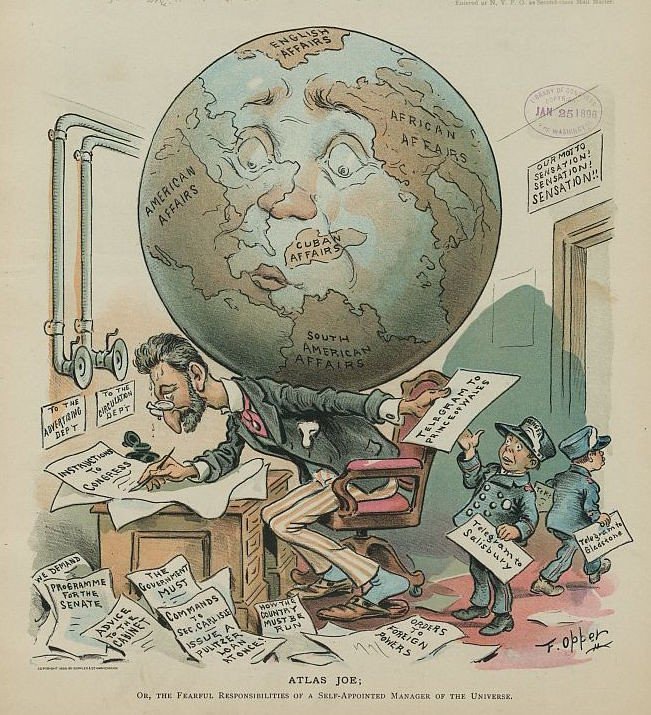